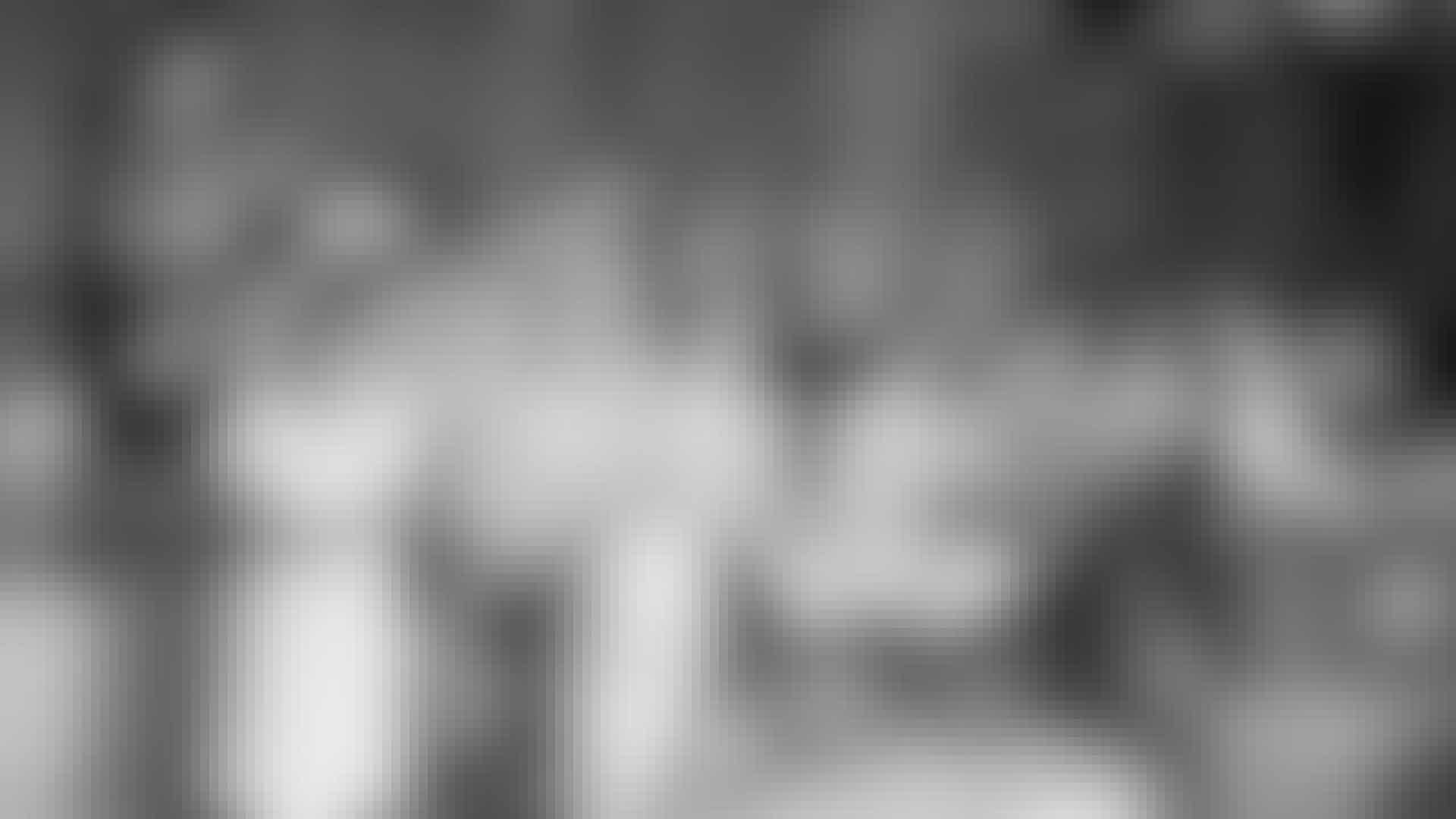 Caribbean and Latin Connections in Jazz

“If one can’t manage to put these tinges of Spanish in these tunes, they’ll never be able to get the right season[ing].”
Jelly Roll MortonJazz Composer

Afro-Caribbean and Afro-Latin music has blended with Black North American music for centuries. This interaction is based in shared African-influenced musical characteristics such as rhythmic focus, a percussive quality, and links to dance. Caribbean and Afro-Latin influences brought new musical elements, such as polyrhythms (simultaneous contrasting rhythmic patterns), African-derived percussion instruments (such as the conga), and Spanish-inflected melodies, to North America. At the same time, African American music from the United States had an influence in the Caribbean and Latin America. This musical dialogue gained momentum during the 20th and 21st centuries, fostering rich new forms of creativity.

New Orleans and the Spanish Tinge

Often considered the birthplace of jazz, New Orleans belonged to the French and Spanish empires before joining the United States in 1803. Cuban, Haitian, and Mexican musical forms thrived in that city. Afro-Caribbean music and dance had a high profile at Sunday celebrations that Black Caribbeans and Black North Americans attended at a central meeting point called Congo Square in New Orleans during the 19th century. The pioneering New Orleans jazz composer Jelly Roll Morton believed that Latin American elements, which he called “Spanish tinges,” were integral to jazz, going so far as to say that they have “so much to do with the typical jazz idea. If one can’t manage to put these tinges of Spanish in these tunes, they’ll never be able to get the right season[ing], I call it, for jazz music.” Morton’s “New Orleans Blues,” for example, features a typical rhythm of Afro-Cuban and Haitian music called the tresillo in Spanish:

As jazz and the blues spread to the northern states, other Latin American influences, especially the Argentine tango, became popular all over the US as well as in Europe. Even W. C. Handy’s seminal “St. Louis Blues,” one of the first published blues compositions, features a rhythm borrowed from the tango.

During the 1920s, New York City became a center for jazz. There, bandleaders such as Duke Ellington incorporated Latin influences. The Afro-Cuban trumpeter Mario Bauzá played a major role in blending jazz with Cuban music. During the early 1930s, which was known as the swing era, Bauzá served as the musical director of Chick Webb’s acclaimed jazz band. In 1941, Bauzá joined forces with singer and maraca player Frank “Machito” Grillo to form Machito and his Afro-Cubans, a group dedicated to “wedding” jazz with Afro-Cuban music, as Bauzá put it. Machito and Bauzá took pride in the fact that their jazz forays always remained tied to the key elements, such as the clave rhythm, of Afro-Cuban music. Machito and his Afro-Cubans famously collaborated with major innovators of post–World War II jazz, or bebop, such as Charlie Parker. Machito and his Afro-Cubans were a formative influence on a new wave of New York Latin dance, or mambo, bands such as the one led by Tito Puente, which seamlessly blended Cuban music and jazz, becoming worldwide sensations during the middle of the 20th century. Bauzá taught bebop pioneer Dizzy Gillespie about Cuban music, introducing him to the Afro-Cuban percussionist, singer, and dancer Chano Pozo. Gillespie and Pozo joined forces to forge new vistas in Afro-Cuban bebop, which was also called Cubop. Pozo was an expert in African-based religious practices as they were passed down in Cuba. He taught traditional ritual chants to Dizzy, who incorporated them into new compositions. Pozo also brought Afro-Cuban polyrhythms and Afro-Cuban percussion instruments such as the conga drum to North American music. Pozo and Gillespie collaborated in the composition of “Manteca” and the “Afro-Cuban Drum Suite” (co-composed with George Russell). Premiered in 1947, the suite seamlessly combined modernistic orchestrations, Gillespie’s virtuosic bebop flights, and Pozo’s drumming and singing. While the result was often called Latin jazz, the main connection between the two sides of the equation was a shared African connection. 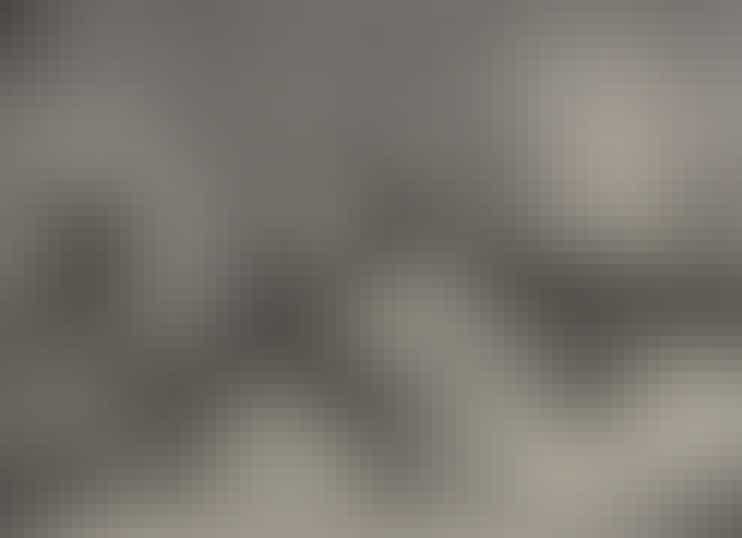 Afro-Latin jazz dialogue became a multidirectional highway, with participation all over the Americas. In the 1950s, Dominican Republic alto saxophone virtuoso Tavito Vásquez instigated the fusion of bebop with local, African-based merengue rhythms.

Dominican Merengue Rhythm as played on the tambora drum

In the 1960s, Brazilians such as Antônio Carlos Jobim took a special interest in jazz, developing the bossa nova, a fusion of cool jazz with samba. Bossa nova became central to jazz in the US, as Stan Getz and others incorporated its rhythmic basis into their signature styles.

Bossa Nova Rhythm as played on the bass drum

In the decades that followed, Brazilian composers such as Hermeto Pascoal and Egberto Gismonti instigated innovative new directions in Brazilian jazz; the great jazz trumpeter and bandleader Miles Davis was especially inspired by Pascoal. Davis was also keenly interested in the music of Spain, which he pursued in his Sketc﻿hes of Spain album, a collaboration with arranger Gil Evans.

African American musicians began incorporating Afro-Caribbean and Latin elements so thoroughly that while the influences are clear, the results sometimes obscured the origins of the specific rhythms at play. For example, tenor saxophonist Sonny Rollins, whose parents hailed from the US Virgin Islands, gained fame with his composition “St. Thomas,” which was based on a calypso-tinged melody. Drummer Art Blakey instigated fiery, collaborative Cuban/US drumming recording sessions such as his Orgy in Rhythm album. The static harmonies of Afro-Latin music probably influenced Miles Davis’s signature Kind of Blue album of 1959, which features improvisation based on modes (or types of musical scales) rather than on chord progressions. Pianist/composer Horace Silver’s signature style was likely influenced by Latin music and, perhaps, by his own Afro-Portuguese Cape Verdean ancestry.

In the 1960s, John Coltrane’s drummer Elvin Jones based his polyrhythmic style on Afro-Cuban influences; Jones’s earliest recordings with the John Coltrane Quartet adapted Afro-Latin patterns to the ride cymbal in compositions such as “Mr. Knight,” and Jones’s groundbreaking drumming on the “Acknowledgement” section of Coltrane’s multi-movement A Love Supreme album adapts Afro-Cuban influences in a manner bolstering pan-African connections. Rhythm and blues musicians also incorporated Caribbean and Latin rhythms. Professor Longhair’s signature style bolstered longstanding links between New Orleans and Cuban rhythms. R&B bandleader Johnny Otis went so far as to record “Mambo Boogie” with Machito’s rhythm section in 1951, while blues artists such as Muddy Waters adopted Latin-derived patterns. Even the vocal doo-wop style incorporated Latin tinges; the Black songwriter Maurice Williams’s hit “Little Darlin’,” recorded by the Gladiolas in 1957, for example, features the clave rhythm. Groundbreaking in the 1960s and remaining influential as it was sampled in hip-hop, the music of James Brown, such as “Funky Drummer,” is also informed by Caribbean tinges, perhaps due to formative New Orleans influences on Brown’s drummers. 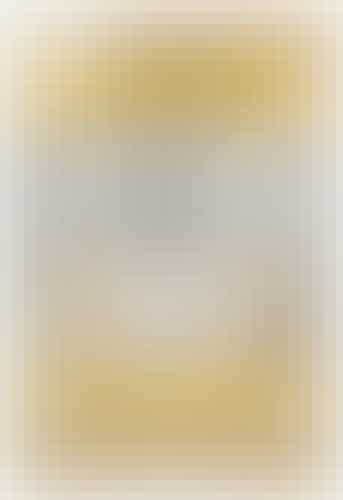 “A student of our music, if he goes back far enough, will find that the main source of our music is the music of Africa. The music of the Western Hemisphere…is primarily of African origin…The Brazilian Africans created the samba, the West Indians created the calypso, the Cubans created the rhumba and various other rhythms, and my own is blues, spirituals. All of them were different and showed different characteristics. Yet they’re together.”
Dizzy Gillespie

The shared background of Africa-based music in the United States, the Caribbean, and Latin America clearly provided solid grounding for the rich dialogue of Afro-Latin jazz fusions, which have made indelible marks on music in all the Americas.

is Professor in the Sunderman Conservatory of Music and the Africana Studies Program at Gettysburg College. Professor Austerlitz, an ethnomusicologist, composer, and musician, combines his background as a scholar specializing in Afro-Caribbean music with his creative work as a jazz musician. Austerlitz is the author of two books: Jazz Consciousness: Music, Race, and Humanity (2005, Wesleyan University Press), which focuses on issues of race, nation, and transnationalism, looking at jazz in relation to national identity in the U.S., pan-Africanism, and global currents; and Merengue: Dominican Music and Dominican Identity (1997, Temple University Press), which considers Dominican music in relation to racial and national identity. Austerlitz has conducted field research on traditional music in the Dominican Republic, Haiti, Cuba, Venezuela, Ghana, the Republic of Benin, Nigeria, and Finland. 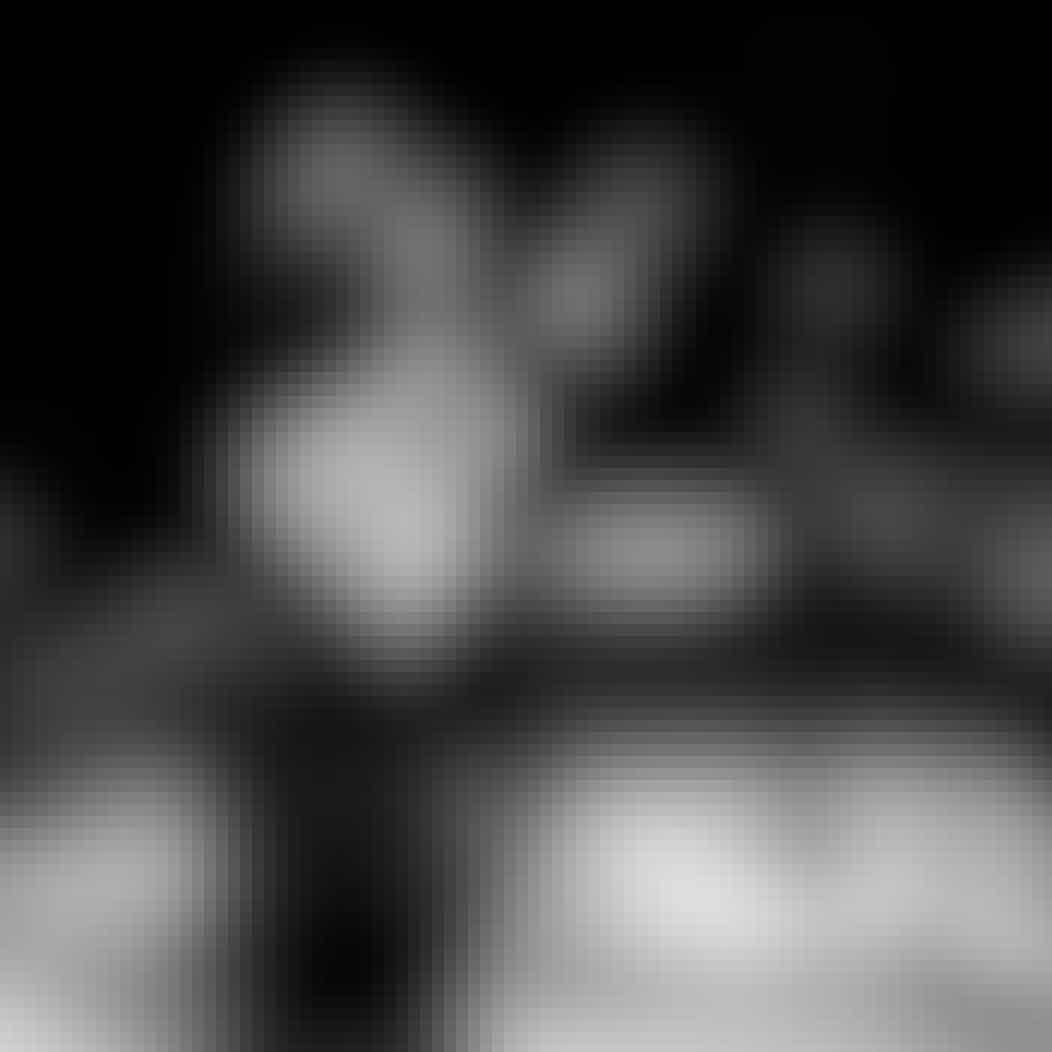 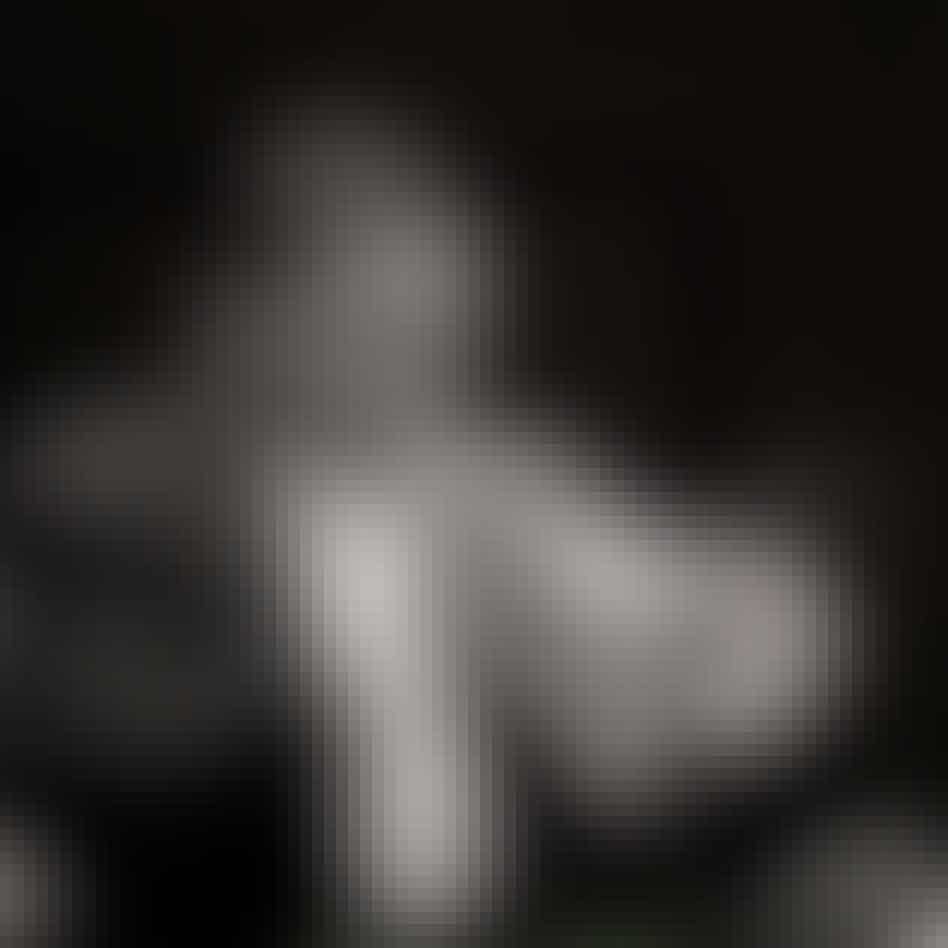 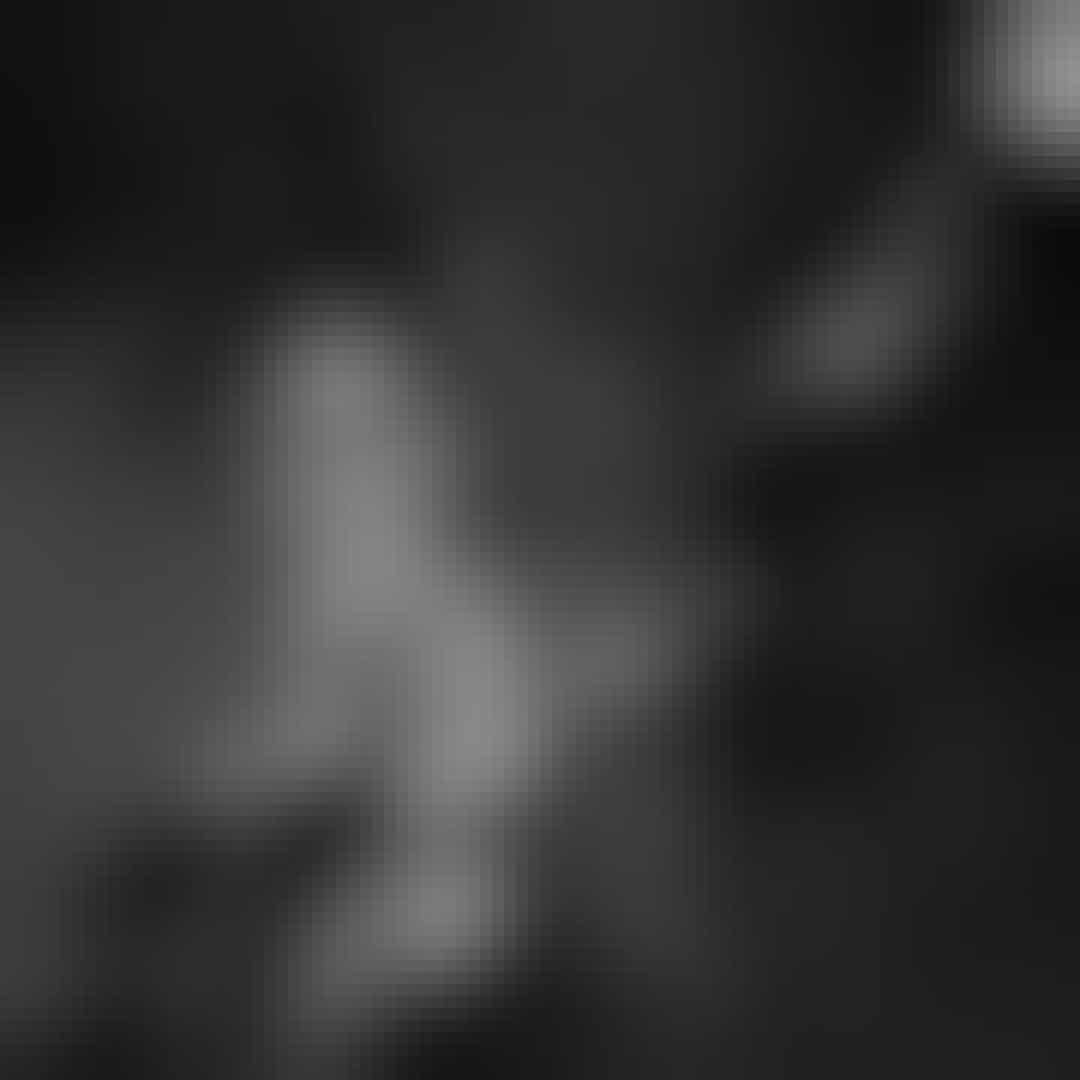